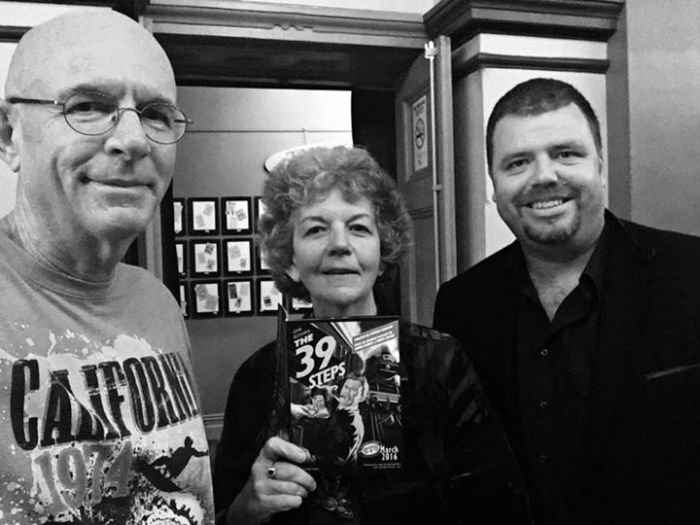 Well done to Cobbitty Director Felicity Burke on the production of 39 Steps. The comedy/Action/Spoof based on the works of Hitchcock opened tonight and has a run at Campbelltown Theatre for a few weeks. Four actors play over 100 roles - their character acting is superb. With a smiling Felicity Burke and Sound Assistant Byron Phillips. I even spotted the Mayor of Campbelltown Paul Hawker and his wife in the audience. #captainpatc913